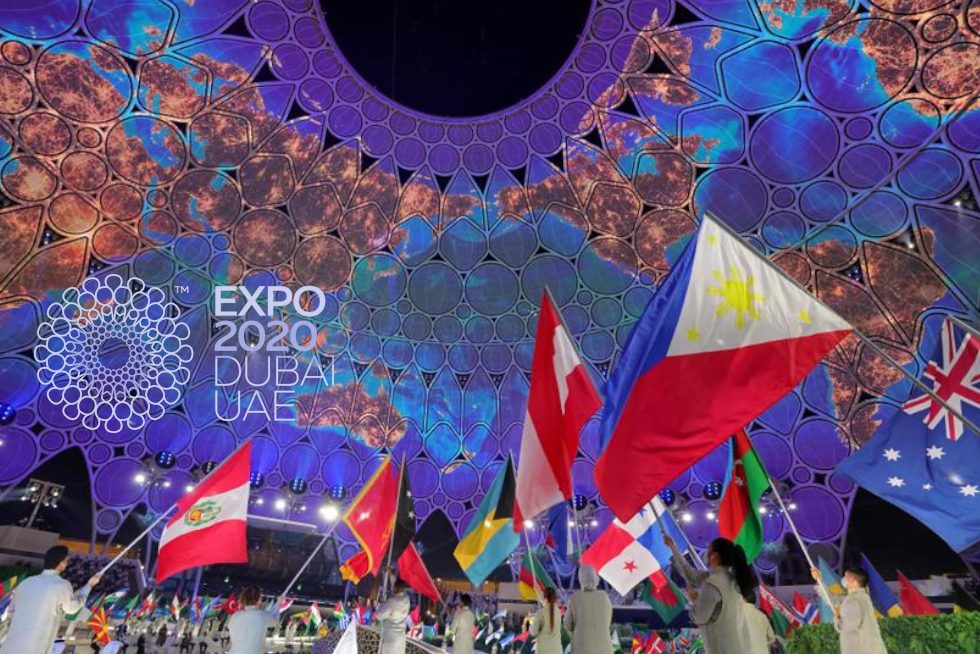 It was over 7 years ago that the city of Dubai won the bid to host World Expo 2020. It was for the first time in the 170 year history of the World Expo events that a city from the Middle East and Africa region would arrange the stage. The Expo was initially scheduled for 2020, and hence then name. Over six years of planning and and building up to the event was interrupted by the Covid-19 which spread around the world within months and was declared a pandemic by March 2020. The Expo 2020 was postponed for a year, and now it’s finally open.

The Expo 2020 is scheduled for 6 months under the theme: *Connecting Minds, Creating the Future*. It started off on 01 October 2021 with fireworks, a list of performances, and an elaborate show of lights and massive props lifted the curtain on an event that will go on till the end of March 2022, hoping to leave a lasting impact. The opening ceremony featured performances by Italian tenor Andrea Bocelli, British singer Ellie Goulding, Beninese singer Angelique Kidjo, Saudi singer Mohammed Abdu, American singer Andra Day, and Chinese pianist Lang Lang, among others. The organizers expect the event to bring 25 million visitors to the city despite the global travel restrictions in place.

The very first World Expo took place in London 170 years ago. Since then 34 other cities have hosted world fairs or expositions that usually last six months. However, their impact on architecture lasts even longer. The Eiffel Tower, for example, was built for the Paris Expo in 1889. So was Belgium’s Atomium that was built for the expo of 1958, and Seattle’s famous Space Needle in 1962. In fact, many of the urban plans that have shaped the cities we live in today — such as the build environments, architectural models, and underground infrastructures, etc — were test-driven at the world’s fairs for the first time.

World Expos have also helped set the stage to show the world new possibilities and educate a large number of people about where humanity is headed. IT was in the Expo of 1876 in Philadelphia that the very first working telephone was demonstrated. Then almost a century later the mobile phone was on show at the Expo 1970 held in Osaka. The first TV broadcast was made at the World’s Fair in 1939. From the phonograph, the Ferris Wheel, the zipper, and the X-ray machine, to electricity, baby incubators, ice-cream cones, hotdogs, and even IMAX movies — you can hardly reach out and touch something that wasn’t debuted in some fashion at a world’s fair.

The main site of Expo 2020 Dubai is a 438-hectare area (1083 acres) located between the cities of Dubai and Abu Dhabi. The master plan, designed by the American firm HOK, is organized around a central plaza, entitled Al Wasl, enclosed by three large thematic districts. Each one is dedicated to one of the sub-themes of Expo 2020 – Opportunity, Mobility, and Sustainability. The infrastructure of the site was built by Orascom and BESIX. The site has an emergency center which includes an isolation room, emergency care room, ambulances, and helicopter services.

And it was all built from scratch! If we were to go back in time to 2013, the place where the World Expo is set today, there was nothing. It was an empty desert – a plain piece of sand with a lot of dunes, and maybe a couple of trees, and a camel farm. Dubai has bet big on Expo 2020. Its 6.3 billion dollar bet is the size of a small city with futuristic-looking architecture like the nearly 5000 solar panels on the sustainability pavilion or the ultra-modern designs of the 192 country pavilions.

So why should you visit Expo 2020? Critics often point out that in this internet age, and especially in the midst of this pandemic, connecting is easy, and travel is the hard part. For this reason, they consider the value of an in-person visit to the World Expo to be a little low. From uncertainty over participation of many countries due to political developments and other crisis to the European Parliament’s resolution against the event a month before the start of the event, Dubai Expo 2020 seem to have come out on top to put on an amazing show. Besides, who would want to miss the chance to court business, forge connections and attract tourists over the next six months.

With Covid-19 still a real threat, safety is top of mind. Visitors are required to show proof of vaccination or a negative PCR test report to get in, and everyone has to wear a mask at this point. Currently, it’s recommended to visit in the evening, but the weather is expected to be better by mid-November. Daily passes, as well as seasonal ones, are available for visitors.

Expo 2020 is set to leave an inimitable mark on global trade relations. It’s creating an international experience dedicated to bringing people together, building bridges between communities and nations, inspiring action, and delivering real-life answers to real-life concerns. It has hundreds of pavilions representing 192 countries, 60 daily live events, 200 Food & Beverage outlets serving global cuisine, and inspirational arts, culture, and musical programs. The timing is propitious, the setting is grand, and the opportunities are limitless.

To be there, to witness all these and more, and to come face to face and actually meet people and cultures from around the world after over 18 months of quarantines and monotonous routines, is in itself a welcome change. This year also sees the 50th anniversary of the founding of the United Arab Emirates, and while the country has achieved an extraordinary amount in just five decades, it’s setting its sights firmly on the future, and that makes the theme of the event *‘Connecting Minds, Creating the Future’* even more fitting. It is truly a celebration of creativity, innovation, and culture that plays host to a staggering 192 countries.